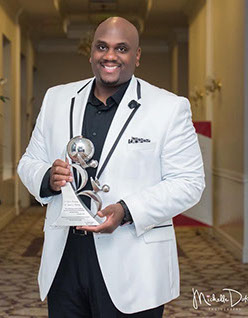 At the age of 22, Pastor Jonas Jones accepted his call to ministry. He was ordained as Pastor in December 2000. Pastor Jonas received his training in many ministries and has served as Elder, Sunday school teacher, and assistant Pastor. In 2003, God gave Pastor Jonas the vision of God’s House of Prayer and Restoration Ministries. He saw the need of God’s people to be restored, delivered, and living according to the Kingdom. He began having weekly prayer and bible study in his home until his home could not hold the people. In March of 2010 Pastor Jonas was installed as the Pastor of New Covenant Worship Center in Joliet, Illinois.

He is a dynamic teacher, preacher, and prophet who believes in restoration through the power of prayer. He has a passion for youth and has partnered with various ministries to establish a monthly youth fellowship.

Pastor Jonas holds a Bachelors degree from Chicago State University and desires to further his education for the Kingdom in the near future. He works as a route sales rep for Frito Lay. He is a devoted husband and has three beautiful children Kyla, Jonas Jr., and Joshua.